In a recent post I wrote about a fretboard insight that came to me as I was revisiting the well-known CAGED system. Here I’d like to offer an alternate presentation of the same insight. So what is it, exactly? I think of it as a way of generalizing CAGED beyond five positions, to cover any position on the fretboard.

We are going to explore the concept in three simple steps: 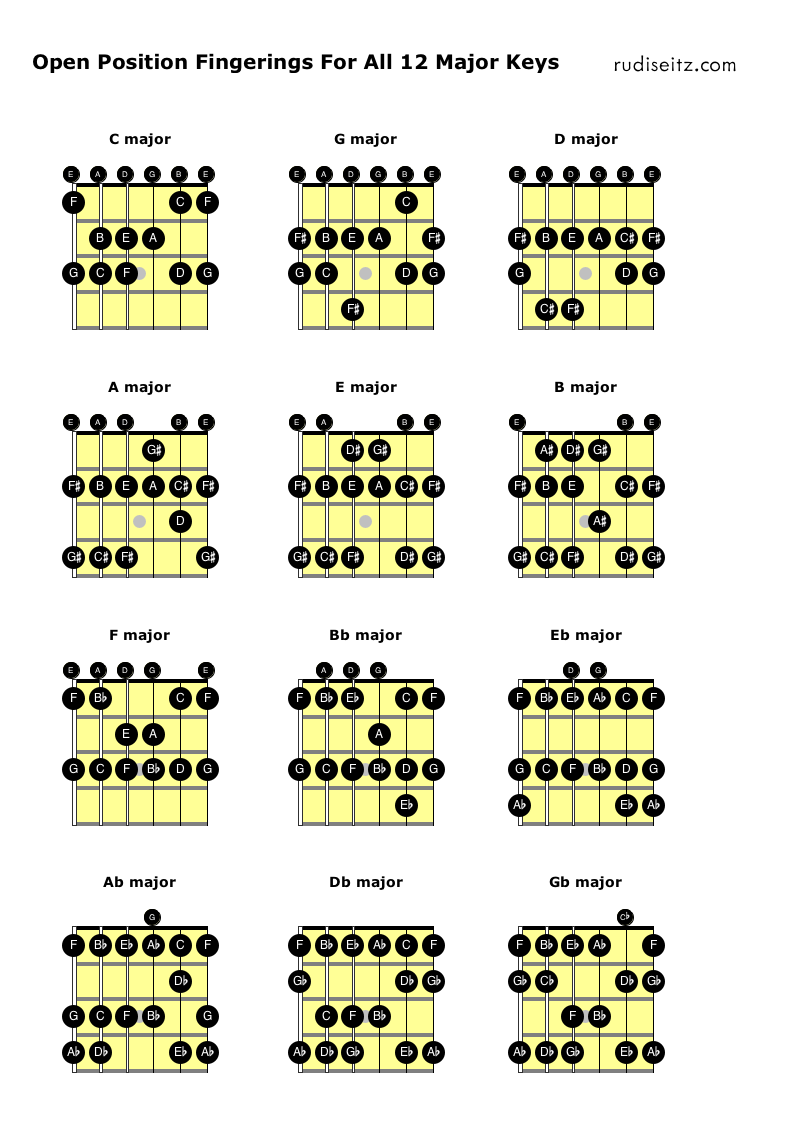 Now for Step 2, we’ll take each of the above fingerings and convert it into a moveable pattern. We’ll do this by shifting the pattern up to an arbitrary place on the fretboard and fretting any notes that were open.

The diagram below shows twelve moveable patterns derived from the open-position fingerings above. Unlike the fingerings above, these patterns aren’t specific to any position: they can be played anywhere on the fretboard. 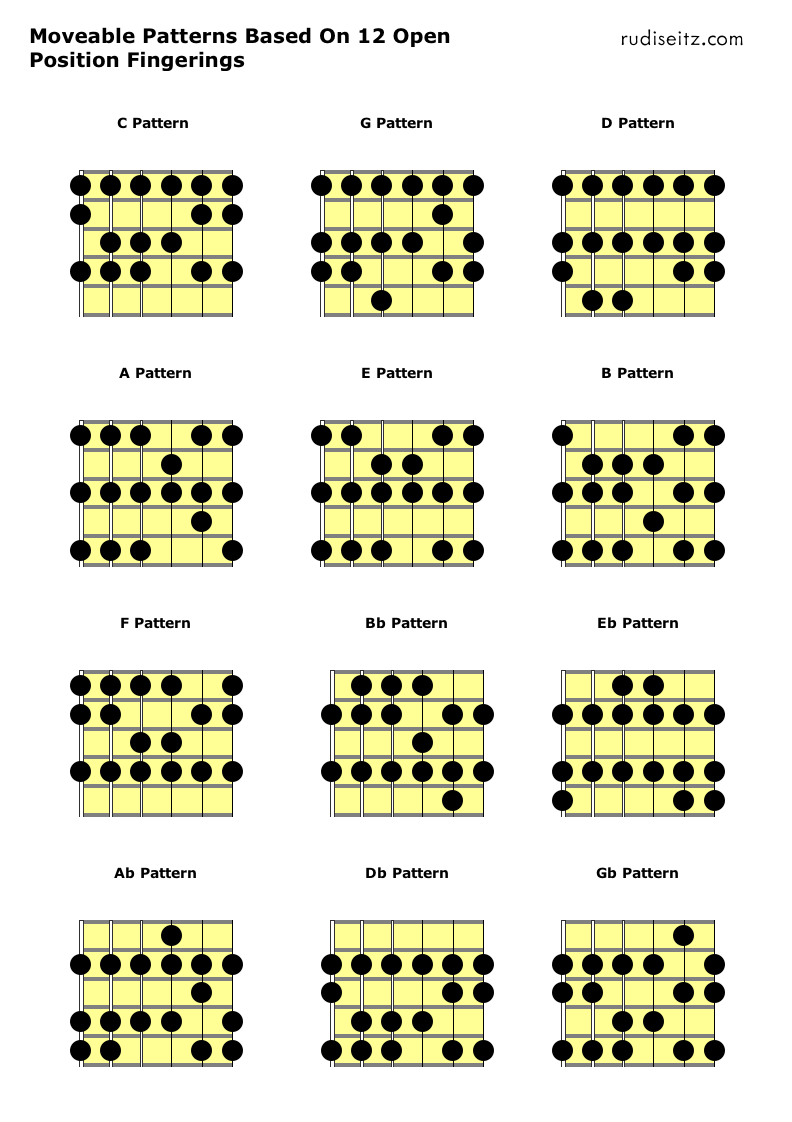 Before we continue, let’s make one important observation about these moveable patterns. As noted above, any given pattern will generate the notes of a different key as we shift it up the fretboard. The C pattern produces C major in open position, C# major at the first fret, D major at the second fret, and so on. However, the intervallic relationship between any two patterns is constant when you play them both at the same fret. For example, the C pattern and the G pattern have roots that are a perfect fifth apart. Obviously, if I play the C pattern in open position and then I play the G pattern in open position, I’ve moved the key up a fifth. This relationship holds true at any fret. If I’m playing the C pattern at the fourth fret, I don’t even need to think about what key I’m actually playing in (it’s E, but that doesn’t matter), I can switch to the key a fifth above just by switching to the G pattern at the fourth fret (now I’ll be in B, but I don’t need to know that).

In Step 3, we’ll now see how we can play an E major scale anywhere on the fretboard, using the twelve moveable patterns that we’ve just considered.

Before we move on, let’s take a moment to understand what’s happening here. Each time we move up a fret, the appropriate pattern’s name shifts down a semitone. As we move from open position, to first position, to second position, we use the E pattern, then the Eb pattern, then the D pattern. Why do the pattern names descend like that as the position ascends?

The next two diagrams show the rest of the possible positions and the patterns that give E major at each of those positions:

Most presentations of CAGED go something like this: Take the familiar open-position chords — C, A, G, E, D — and turn them into moveable barre chords. Then learn a major (or other) scale pattern that fits over each shape. Then notice how you can play in a given key all over the fretboard by placing these chord shapes at appropriate positions and playing the corresponding scale patterns over the shapes.

We’ve taken a different approach. We’ve derived moveable major-scale patterns from the open-position fingerings for each of the twelve keys. Then we’ve noticed how these moveable patterns let us continue playing in the same key as we shift our left-hand up the neck, fret-by-fret: each time we go a fret higher we switch to the pattern that’s named a semitone lower.