For much of my life I’ve wanted to make a CD — not just in the abstract sense of “an album,” but a real physical thing with cover, spine, notes, etc. I’m glad to be getting in while there’s still a chance! In anno domini 2017 there are still some people, in some places, who possess the hardware required to play these shiny discs, and there are still some companies that manufacture them. I remember when CDs first came out. This was in the 80’s. I was in computer camp. Five-and-a-half-inch floppy discs were all the rage, overtaking cassettes. In a magazine, I read about some newfangled optical storage technology that was on the horizon. I went around telling the other kids how many megabytes of data we were going to be able to store on these new discs–amazing!–and they called me a nerd for being so excited about it. Yes, the kids in computer camp called me a nerd, how about that? Fast forward. I’ve just spent a month working on the visual design for my CD. I uploaded PDFs of the design to the manufacturing service and they generated this 3D virtual-reality preview of what the CD is going to look like. How cool is that?

Here’s what the boxes of CDs looked like when they arrived at my house. I posted this image on Facebook with the note: “Help. I ordered an album by this obscure composer and they sent me 600 copies! What do I do with all these?” 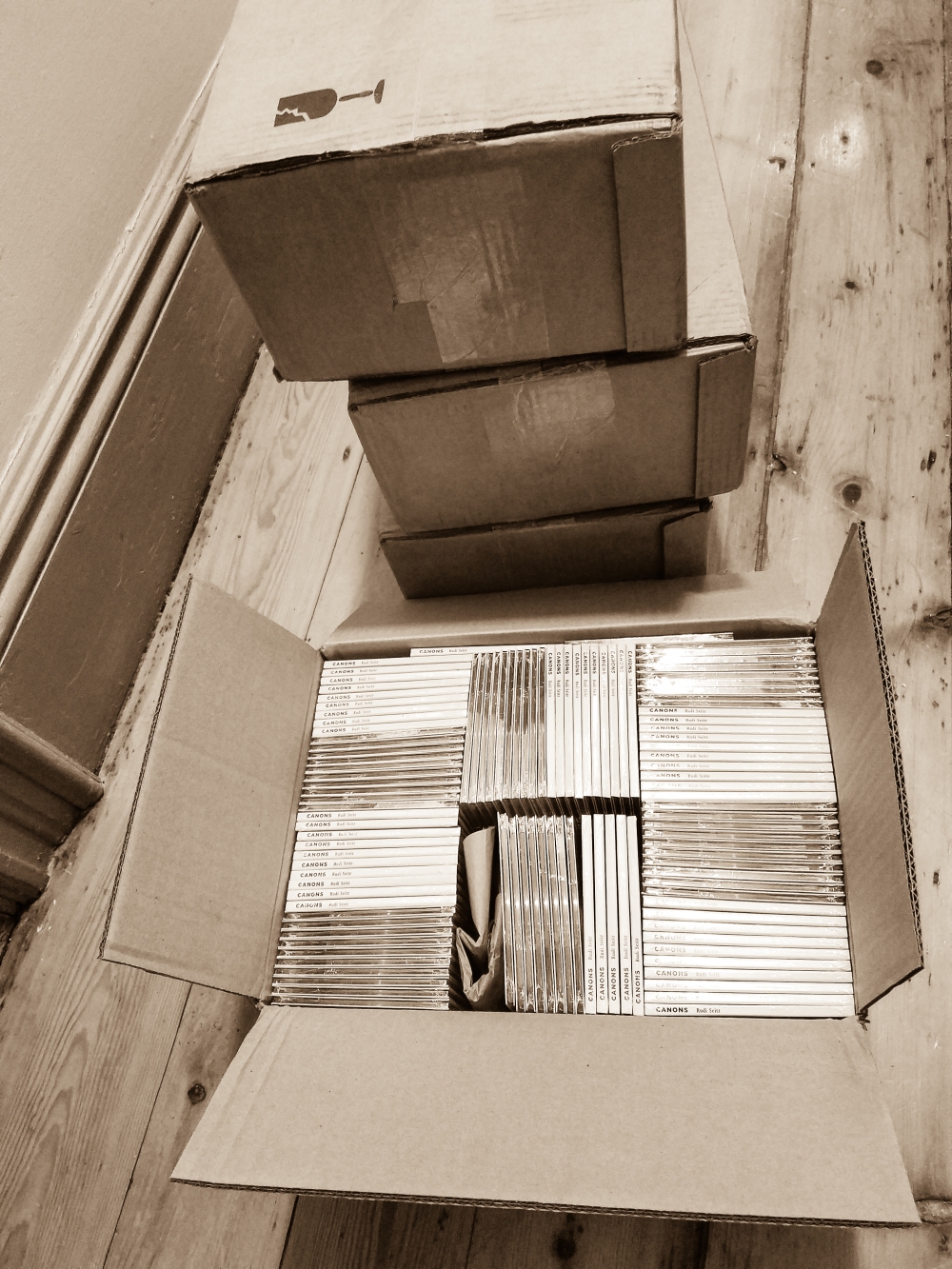 I sold a few copies of the CD to Brattle Bookshop in Boston. Here’s what they looked like on the shelf. Having grown up in the 80’s and 90’s and having spent countless hours scouring record shops, there was one thing I wanted to experience in my life (well, more than one, but this was a big one): I wanted to see my own CD on the shelf at a record shop. I posted these photos on Facebook with the note “Brattle Book Shop is one of the few places left in Boston where those of us who are still attached to the experience of shopping for physical CDs can indulge in our increasingly archaic pastime. Should you choose to go to Brattle and peruse their eclectic collection, you might notice three copies of the album Canons by Rudi Seitz and Matthew McConnell on the shelves, while supplies last.”