Massachusetts State House at night, seen from a vantage point inside the Brewer Fountain, a Boston landmark, which — I was surprised to learn — is one of sixteen copies of a piece by Michel Joseph Napoléon Liénard situated around the world. Liverpool has one and so does Tacna, Peru; there’s one Geneva and also one in Launceston, Australia. I had to climb into the fountain last night to take this shot — luckily the water wasn’t running. I believe the Greek sea-nymph depicted here, one of the fountain’s four main figures, is Galatea. 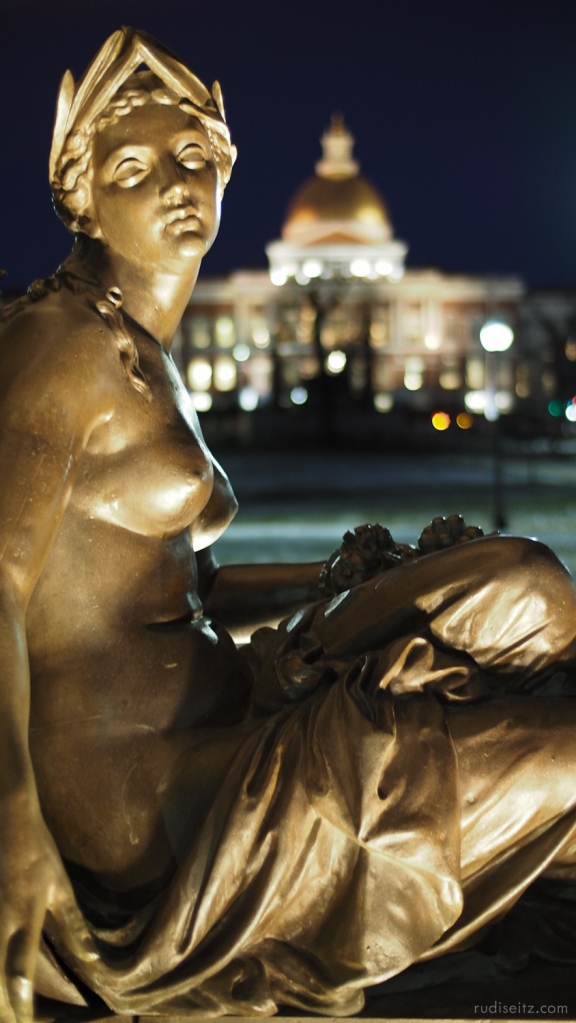 This second image shows Neptune, God of the Sea:

One reason why these shots were possible is that the Brewer Fountain is illuminated so dramatically at night.  Turns out I have an indirect connection to the person who designed the lighting for the recently restored fountain — he’s the father of my friend Robin.

Here is the sea-goddess Amphitrite (or Salacia). I’m not sure what she’s holding — it might be a fish.

And here is Acis (of the Acis and Galatea fame). This one is an outlier as it was taken a bit earlier in the evening (still some blue in the sky) and with a different setup. 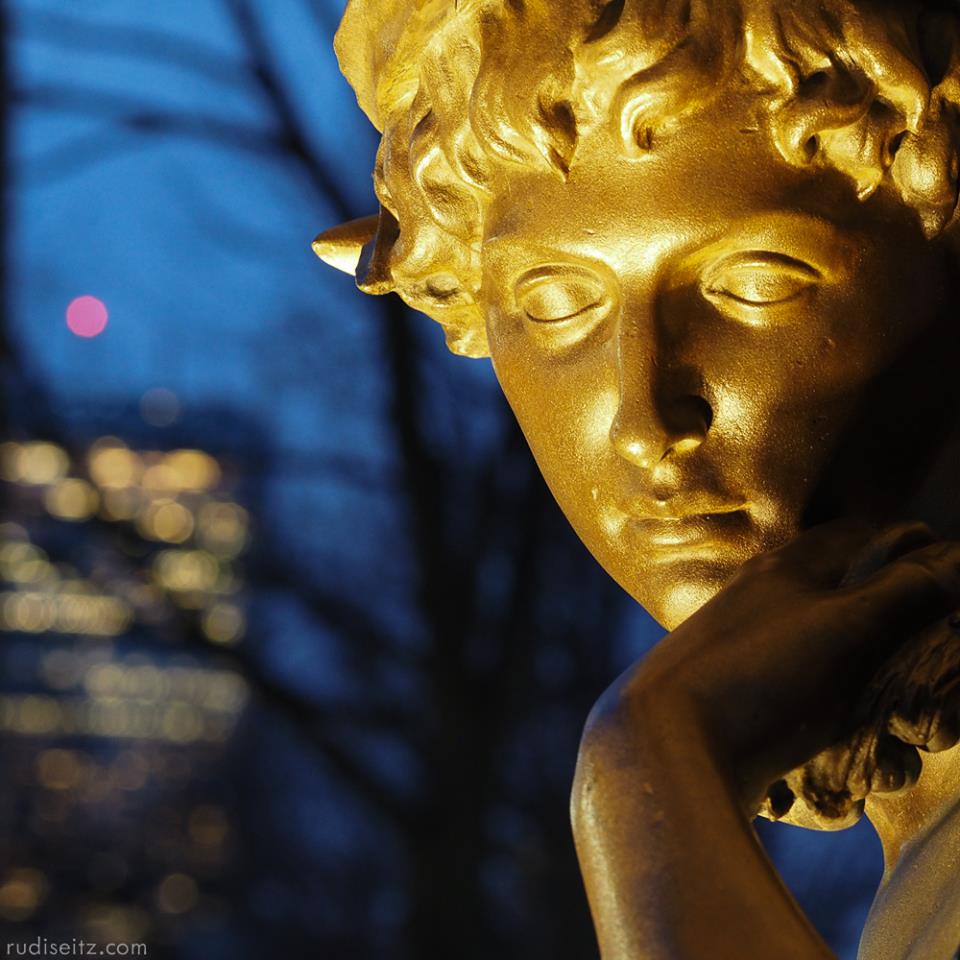