Challenge: design glyphs to represent the numbers one through twelve.

Consider the numbers arranged on a clock face.  Your glyph system should have the following properties:

Thinking of this problem in musical terms, the glyphs could represent the 12 notes of the octave (assuming 12TET).  Looking at any glyph, you should be able to quickly discern the following things about the note it represents: which of the four augmented triads does the note belongs to?  Which of three fully-diminished seventh chords does it belong to?  What is its tritone, and what is that tritone’s glyph? What are its upper and lower chromatic neighbors, and what are their glyphs?

I haven’t solved this.  But, to jog your imagination, here’s one of many glyph systems I’ve come up with while considering the problem.  Do you think it has any nice properties?  Can you do better? 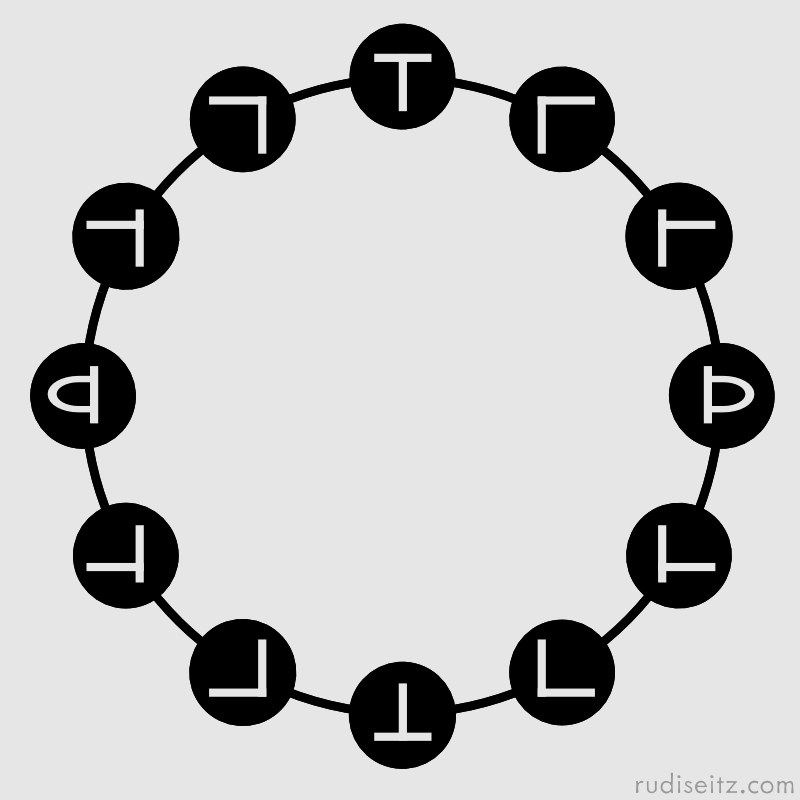 One thought on “Twelve Glyph Challenge”